“The Cinderella Man” a Hit at Linly Heflin Event 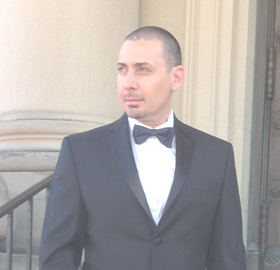 Birmingham clothier Gus Mayer with featured designer Gustavo Cadile brought down the house at the 52nd Annual Linly Heflin Scholarship Luncheon and Fashion Show on September 29, 2010. According to Vogue Magazine, “The Cinderella Man” Gustavo Cadile makes every woman feel ready for the ball!” The New York City based designer from Argentina presented his Spring, 2011 collection to an audience of over 900 supporters of the scholarship program in the Birmingham Sheraton Ballroom. Cadile is known to dress many Hollywood A-Listers including Catherine Zeta-Jones, and Eva Longoria Parker. The 41-year old designer said his spring collection of coral, ivory, seafoam blue, black and gold colors were inspired by actress Angelina Jolie. The finale was a surprise wedding gown in pink modeled by Miss Alabama 2010, Ashley Davis. The fashion show was produced by Megan LaRussa with commentary by Audrey Lindquist. Former Linly Heflin scholarship recipient Khristi Driver was guest speaker. An attorney with Haskell Slaughter, Driver gave a heartfelt speech on the impact of the Linly Heflin Scholarship and how the group’s motto, “Educate a Woman and You Educate a Family” rang true in her life. Some of the 2010 Corporate Sponsors included Gus Mayer, The Peter W. and Peggy H. Field Corporation, Goodrich Management Company and Vulcan Materials Company Foundation.

On the eve of the fundraiser, Linly Heflin President Bette Owen and her husband, Dr. Crawford Owen hosted a party honoring the talented designer at their home. Spotted among the guests were: Gustavo Cadile, May Martinez, Murray and Jim Priester, Happy and Bill Anthony, Pam and Frank Pritchard, Sally and Peter Worthen, Susan and James Alison, and Gillian and Mike Goodrich. Also in attendance were Gus Mayer representatives Jeff Pizitz, Herman Heinle, and Ann Simmons along with Megan LaRussa, Barnett Chenoweth, Audrey and Stu Lindquist.

The Linly Heflin Unit is comprised of 125 volunteer members from the Birmingham area. The history dates back to World War I when Linly Graham Heflin organized a group of friends to roll bandages for the Red Cross. In 1919 the Unit was formed and later developed into a scholarship program for Alabama women to attend state colleges and universities. To date, the Linly Heflin Unit has awarded more than three thousand scholarships totaling more than two million dollars. For more information go to www.linlyheflin.org. 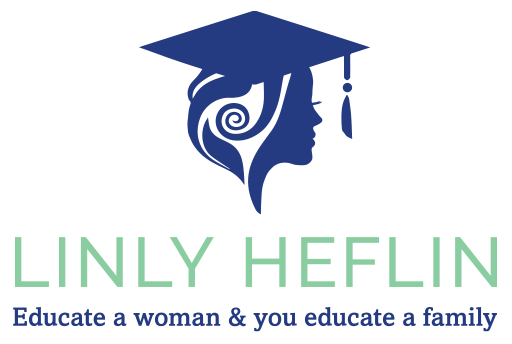 Who is eligible to apply?

When may I apply?

What criteria are used in the selection process?

How much is the scholarship?

When will I hear about whether I’ve received a scholarship?

What are the specifications of the scholarship?

What are the requirements for maintaining a scholarship?

What may I use my funds for?

How do I apply?